Now at the station:

Forest elves are disturbing our data transition. We are fixing the problem, thank you for your patience!

"Novaator" tells about the studies done at the station 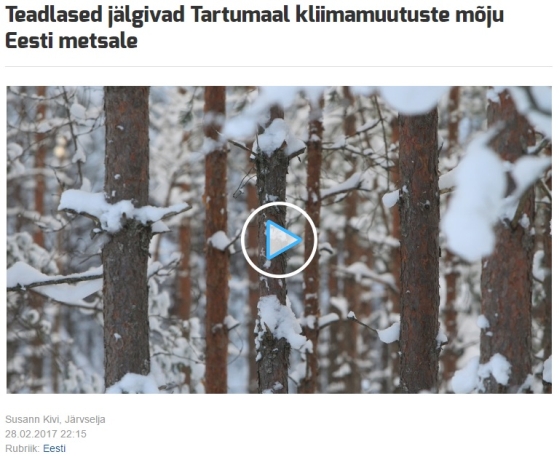